If you are Lost in Translation... Find a way out!

After a few years feeling frustrated with some text that I had to translate, and after a few weeks trying to convince the client I am collaborating with as a linguistic consultant that there are many things in the English culture that cannot be transferred to the Spanish culture, I decided it would be good to share a few tips I have been using for a couple of years, which have proved to be pretty useful.

Imagine you have just been given a quite interesting project with a quite high volume of words. You have a look at the text and it seems that it won’t be too difficult, so you decide to accept it. As soon as the assignment is confirmed, you start working on it. When you have been translating for a while, you start seeing strange things in the source text, which, at some places, they are close to incomprehensible. What can you do?: 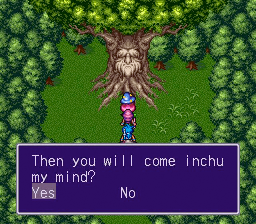 1. Report to the agency/client that the original text needs to be proofread.

It will probably not convince them, but, at least you cover your own back: if the source text is not good enough, it is likely that our translations would be good either (even though it could happen, of course). If the source is a translation from another language and the client has not even bothered to pay for a proofreader to double check the translation, there is not much we can do; just let the client know that the text is not of the expected quality and that we would probably have issues translating. Thus, if anything has been mistranslated or the translation is not close enough to the original text, at least we have warned the client. If we are working with a direct client and the text is the original text they have created, this warning can make them to ask someone within the company with some good writing skills to read through the text and correct whatever needed: this would improve the overall quality of the product (well, it’s just like a proper quality assurance).

If you don’t ask, you may not know. Therefore, whenever there is something you cannot understand from a text, either because you don’t know the culture or slang, or because whoever wrote the text invented some terms to try and sound cool, or because the source text we have is a translation from another text and is has not been proofread, the best thing to do is ask the client. Many games developers are used to the “queries” document with questions from the localisers.

However, it is also important to know how to ask those questions. Developers are always in a rush. Always. It is not the localisers’ fault that something is it not clear enough or that it is impossible to translate without losing the play on words, therefore, it is better to make it as easy as possible for the developer (or whoever receiving those queries) to understand our questions. If we do a simple question of “What is this?”, we risk being misunderstood or the client might not understand what is really what we need, and they might answer something else. For example: many times I have found a menu option to translate and I didn’t know exactly what that was for. I therefore asked the client “What is this for?” and they answer with a simply “This is a menu option”... Ah, well, I already knew that, than you... *whatever* Whenever this happened, I had to ask again (most of the times, luckily, it was a question that all localisers had, and so it needed to be answered). Of course, we might give them several possibilities of what we think it is, and they can ask with just a “Yes” or “No” (then you think it’s better to get up and start banging your head against the wall). However, living several options would be better and clearer for the client to understand our query than simply let them guess what the problem is.

3. Ask the text in the original language from which our source text was translated

Let’s say that the original text was written, for example, in French, and the Developer or agency had translated first into English to then send this English text to the localisers so that they could translate it into their native languages. If the source text we are given is not good and we have issues translating it, it would be better to make sure that we are doing it well by having the original text as reference. Ok, we may not know French (as it is my case), but the proximity between the French and the Spanish, or Italian, or Portuguese may help us to guess what the text is saying. Even things like differentiate between a verb in infinitive (insérez) from one in imperative (insérez) or a imperative (inséré) [Thanks to Irene Marinas for her correction!]. Once I localise a game about “Healthy life”, and in one of the sections, the basic groups of food were explained. One of them were the carbohydrates, which could be acquired (so the English said) from “bread, noodles and rice”. At first I found it strange that they were talking only about noodles, but I thought that, maybe, at some point in the game, the player is told to eat only this type of pasta (for some strange reason). But I continued translating and this noodles, rice and bread appeared many other times as the carbs suppliers and a base of any meal. Then, "Eureka!”, I understood why. The videogame was originally written in German (in fact, the game had already been released in ), and in German, the word Nudeln is the term use to refer to any type of food (from spaghetti to noodles to rigatoni… everything). I then decided to speak to the agency, explaining that I thought there was a key mistake in English, and they agreed and said that, when the German game said “Nudeln”, they didn’t mean only noodles (or long-thin pasta) but all types of pasta (they also thanked me for realising and they changed it throughout). But this story didn’t end here. After a while, I started to realise that there were some parts in the English text that had very whimsical sentence structures, which had not much meaning, as well as seeing most of the nouns (if not all) with the first letter in upper case (something that happens in German, but in English shouldn’t be like that). But what actually amused me was when I saw some sentences with the verb at the end. Anybody who speaks a bit of German (even if it’s just a little bit) will know that this verb position is a clear warning that the text has been literally translated from German (or, well, from Latin too). It was then when I decided to ask the client if they could send me the original in German. Yes, my level of German doesn’t allow me to translate directly (7 years without using it is actually too much), but a great dictionary and a bit of imagination, was enough to understand more or less where the text was going to. Otherwise, we can always speak to Mr G Translator: sometimes can help us with that little «extra» of imagination.

4. Ask, if it’s possible, the details of the proofreader or the localisers of the other languages

We have all got stuck with a translation, not because we are not good enough, but more because we see things from just one point of view. We say in Spanish “cuatro ojos ven mejor que dos” (Four eyes see better than two). Similarly, two minds work better than just one. With one of the clients I work with, we use an online tool to translate that allows us to see other localisers’ translations (and, of course, they can also see mine). However, thanks to this visibility, if we have a doubt, we can see what the other localisers had thought. A really good example is the English term «game». In French, Italian and Spanish it can be translated in two different ways: jeu/gioco/juego o partie/partita/partida, so all three languages should use the same term (in each language, of course), which is pretty useful if you aren’t sure. I know it’s not easy that an agency will supply you with the translations in other languages, but they might do it at then end, when they have all the texts compiled, or if they aren’t in a rush. Otherwise, you can always ask straight away if they can tell you how the other translators localised a specific term or sentences (I have also done this, and they have always helped me).

It is also useful to have the contact of the person in charge of the proofreading, not only to discuss and agree with the translation of some terms, but also to ask any doubt of the original. Maybe they have done a similar translation/proofreading before or they have more experience in the subject of the translation or game. Of course, the contact may be the other way round too: they can also ask if they don’t know why we have use a specific translation, or even they can send us the text proofread when it’s finished, so that we can learn from our mistakes.

If you have tried the “queries” option and the client is a bit slow in replying, or the agency don’t want to give you the contact of the proofreader (or there is no proofreader at all), you can always try to ask a native for some help. Don’t abuse this tip, though, or they might get tired of you asking. ;) My partner is English speaker and every time I have a doubt with an English text, especially if I think that the term or sentence might be slang or a expression that can’t be translated literally. Most of the times, he solves my doubts. Others, not even him understands the meaning (poor thing, it’s not his fault), but he definitely helps me to understand the text from the point of view of a native, and not from the translator’s one. And I think this is very important when translating: we have to understand the source culture, not just the text itself.

I am sure you use some of those tips (or all of them), and I bet I have forgotten many others. However, I think with these five you have high chances to get it right. Anyone else has a tip they would like to share? We will be delighted to read them.